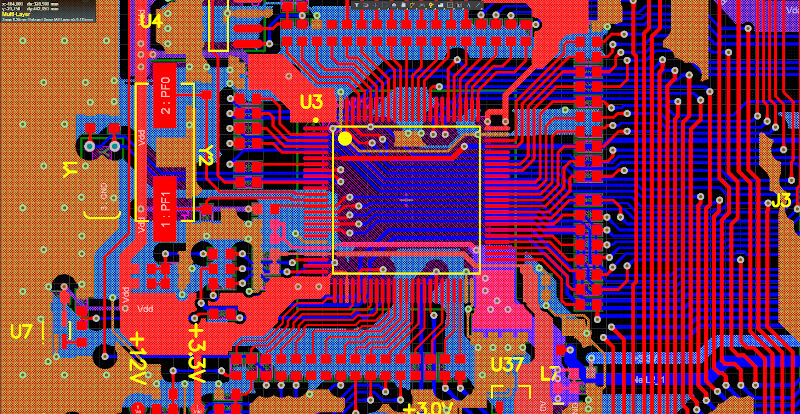 Are you considering introducing Altium Designer into your company?

Altium Designer is an integrated tool, which allows you to cover all phases of printed circuit board processing, from schematic to PCB (Printed Circuit Board) layout and documentation of design.

This integration is expressed through several features.

CAM Integration: First of all, in addition to being a CAD, thus a computer-aided design software, Altium Designer can integrate CAM (Computer Aided Manufacturing), which allows a direct interface with manufacturing machinery from the CAD design.

3D handling: Altium Designer can work with 3D views of the board or PCB, in order to facilitate design and integration of the mechanical and real-world side.

Cloud integration: Altium Designer can design, share and manufacture in a single environment, thanks to the centralised cloud storage of schematics and libraries and, recently, even the design history with tools such as Git and SVN.

In conclusion, Altium Designer is designed as a user friendly tool with a more modern and usable graphical interface than tools of the past such as some historical electronic development CADs.

A unified design environment to manage every aspect of the PCB design process, from schematic to PCB layout.

3D modeling is very useful for development. In particular, it checks that mechanical requirements are met in the IC.

Editing, commenting or reporting are possible without leaving the design environment, or through web browsers.

Do you need support for your Altium-based project?

Why you should choose Develer

Projects where we have used Altium Designer

Do you want to train your team on Altium Designer?

Get a quote for a course