This course aims to introduce Go in order to speed up your learning as you approach this framework for the first time for network development, command line or Linux embedded applications.

Ask for a Go course 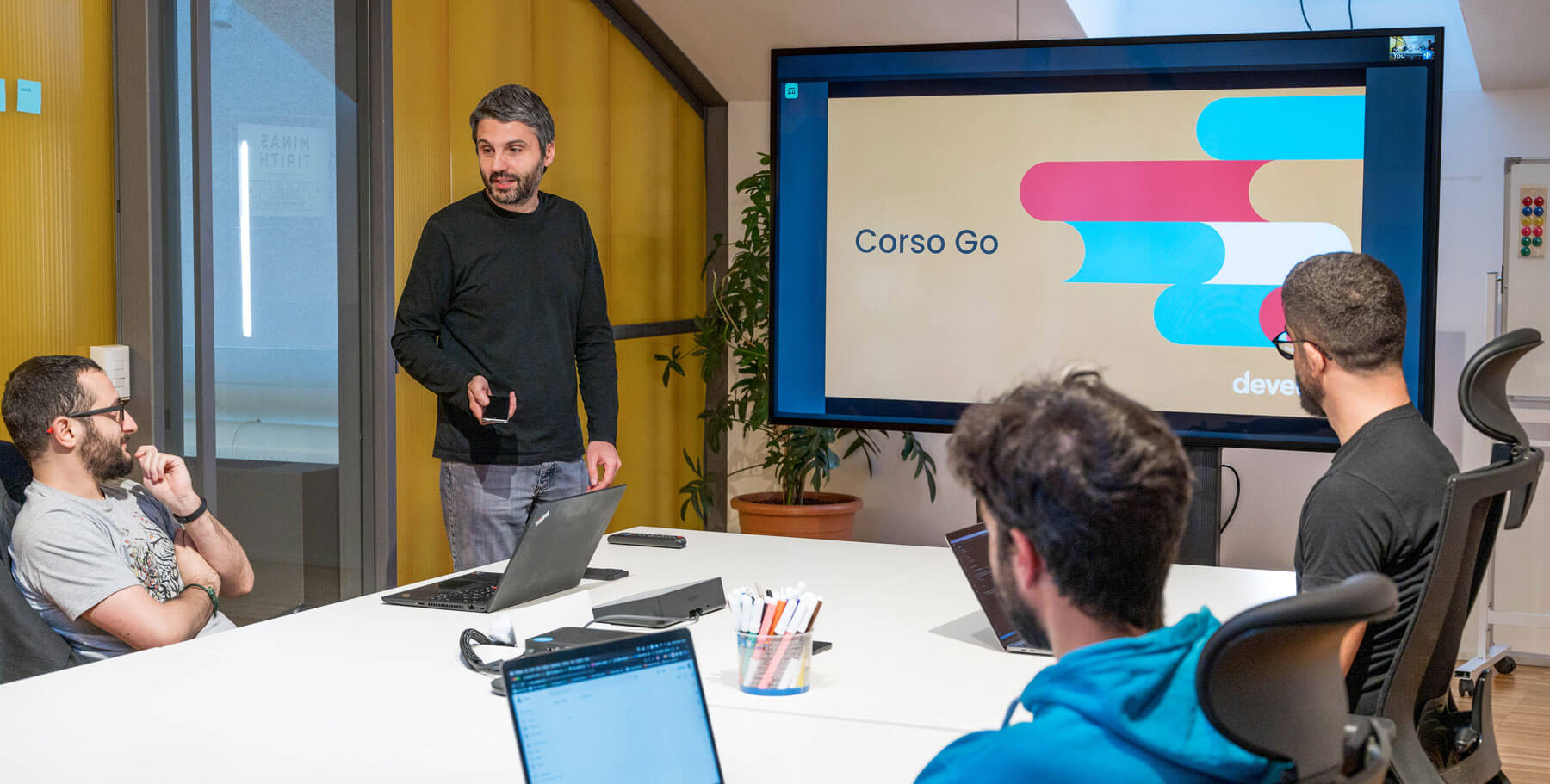 Go is an open source, general-purpose programming language developed by Google to create reliable and efficient software.
Go is loosely based on the syntax of the C programming language, which would eliminate the “extraneous garbage” of languages such as C++.
As a result, Go eschews many features of other modern languages, such as method and operator overloading, pointer arithmetic and type inheritance.

Skills you will gain

By attending this course you will learn how to write, run and test simple applications in Go and the best practices of this language.

Who this course is aimed at

This course is aimed at developers who wish to learn Go from scratch and who have at least 1 year of experience in developing C or Python.

Do you need a customised Go course?

Let’s talk together to find the perfect course for your needs.

All the trainers are senior developers, experienced in education, who are actually using Go on a daily basis for projects in many industrial sectors.

Very good experience, the Go course was interesting and rich in contents. The tutor was well-prepared and passionate.
Davide Santangelo, Software Developer – SEVIO

Is it possible to attend the course remotely?

Yes, it is possible to arrange and attend the course online.

Is the course program customisable?

Yes, it is. Please fill in the request form with your needs. We will issue our best proposal for you accordingly.

What is the level of the course?

The level of the course is basic, but it can still be modified to fit your desired level.

Is the course available immediately?

The course is ready and can be provided according to the needs of the requesting company.

When is the next course scheduled?

We do not have set dates. Courses are scheduled according to your needs.

How many attendees are expected in a class?

Is there a minimum number of attendees expected?

Since these courses are exclusively for companies, they are usually organised for at least two people.

Who can attend this course?

People from your company only can attend this course.